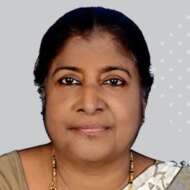 Lida Jacob had a long and illustrious career in the…

It is not often that the typical hard-nosed bureaucrat gets to respond at a deeper level to the citizens of the district she or he is called to head. What with recurring law and order issues, revenue collection and recovery campaigns, innumerable committees to chair, official functions and VVIP visits, responsibility for developmental programmes, and for nearly everything under the sun in the district, even personal needs are perforce pushed aside. Yet, years later, it is the small incidents that touch the heart, which spring to mind while ruminating on “those days”.

I can still see her soot and ash-tinged cheeks, hands, and clothes as she sat there motionless on an earthen wall a few feet away from the charred remains of what was till early morning that day, a home and a family. An older woman was walking listlessly around the still smouldering heap, mumbling and shouting in turns. Inside the darkened wooden door frame and damp ash-strewn floor lay what I would never ever wish to see again—the horribly charred bodies of three young children, all below five years of age.

Though still early morning, a couple of policemen were busy with the formalities even while trying to keep the growing crowd from drawing too close to the scene of this terrible accident. I had woken up very early that day after getting a report from the police of a fire outbreak caused by an overturned kerosene lamp, resulting in the death of the three little children who were asleep while their mothers had gone to work in a cashew factory a good distance away.

In charge was their grandfather who had received severe burns while attempting to save the children and was now battling for life in the government hospital.  My eyes took in the dismal sight—three innocent babes lying in Death’s grim clasp, a deranged grandmother mentally far removed from the harsh reality, and a mother staring stonily at the entire scene from her seat on the earthen wall. The ward member of the village council and neighbours informed that the family had taken up residence there just a few years ago. The daughter, recently deserted by her husband, was the mother of two of the children and the third was the older woman’s child. The family of six depended solely on the earnings of the two women whose employment was on casual contract basis. However, the older woman who was suffering from mental depression was denied work whenever her mental problems grew acute.

Looking at the younger woman I realised that the usual official announcement that condescendingly assured a compensation as relief aid from the government (a meagre amount in those days and much delayed too) was totally inappropriate here and that I had no one to say even that to. “What is my role here?” I asked myself, as a woman, as a mother, as a representative of the state government.

Involuntarily I drew near her towards the wall and sitting by her side, held her close to me, my arm around her pitifully slender shoulders. She did not move or look at me, her body stiff and straight. I had no words to utter and the crowd seemed to fade away from us. A few lines flashed in my mind, the poet Tennyson’s – “She must weep or she will die.”…..Like summer tempest came her tears – “Sweet my child, I live for thee”, and the biblical passage “Rachel weeping for her children, and would not be comforted,  because they are no more”.

In what seemed an eternity, I felt her shake gently and saw her features grow softer. Then came the avalanche of shuddering sobs heaving out her insides. Shaking all over, she clung to me while I myself experienced some of the traumatic pain thrust on this unfortunate woman. She was grieving the great loss in double measure, both for herself and for her deranged mother, and I had no way to comfort her.

It was quite some time before her heavy but silent weeping ended, but I perceived a change around us. The entire group of onlookers was watching in pin-drop silence, some with moist eyes. To add to the gloom, we received the sad news that the grandfather too had not survived. Before leaving, I gave instructions to the officials to send a report for assistance and rehabilitation, firmly resolved to make it immediate and as adequate as possible.

I ensured that the report to the government was sent promptly from my office without the usual formalities and fretted over the delay, which was part of the system then. We were, however, able to offer the two women support for temporary housing and healthcare along with a small grant for immediate necessities.

A gleam of hope came to me a few days later when a delegation of the local residents came over to my office to tell me that they had organised a collection drive and now had enough funds to build a new house for them. I realised that they meant what they said, when after a couple of months, along with the two women, I was privileged to enter their new abode. I wonder even to this day whether that instinctive response of mine at the incident site had something to do with this spontaneous act of human kindness from her neighourhood; a wee bit, maybe?

Lida Jacob had a long and illustrious career in the Indian Administrative Service, holding various senior government and public sector positions such as District Collector, Director of Public Instruction, Managing Director of the Kerala Cooperative Milk Marketing Federation (MILMA), Managing Director of Kerala Financial Corporation, and Secretary to Government in General Education, Housing, Social Welfare, Health, and Public Works Departments. After retirement, she held various positions such as Advisor for Gender and Child Protection, for imparting training on Protection of Women from Domestic Violence, Commission for Right to Education Act, Committee to draft the Nirbhaya Policy for Protection of Women and Children from Sexual Violence and Trafficking and similar assignments. At present, she is the chairperson of the All-Kerala Blood Donors Society and the President of Kerala Association of Professional Social Workers.

CAUGHT IN THE COLD WAR – A PORTUGUESE STORY