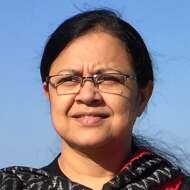 What makes home so special wanting you to run back to it always? That’s where your carefully groomed, chiseled, and nurtured façade of personality breaks its boundaries to free your real self. But then you have to unpack the baggage of your worries, concerns, problems and joys in that space for some natural human interactions.

FILM SENSE aims only to give a brief idea about the film and its significance – socially, and as a work of art. We write about a film here because it deserves attention.

What can be more reassuring than having a few ears and eyes around you, ever willing to patiently hear and see the real you, and your idiosyncrasies, face to face, even if some of them could end up in skirmishes that are easily forgotten? This is the space – a very private one, into which the social media has brutally encroached into, rupturing the inherent warmth, and condensing everything into numerous ‘feeling’ tags, weird acronymous messages and smileys. Facebook and Instagram stories get disseminated from the living rooms, dining tables, bed rooms and even bathrooms to one’s digital neighborhoods.

Being addictively occupied with smartphones, and heavy dependence on them for doing almost everything, could be just the tip of the iceberg of a deeper self-destructive process, at individual and societal levels. Perhaps, we are being driven by mere technological possibilities rather than by the real needs. With the rapidity of technological changes, digital divide is not only between the rich and the poor, but also between the young and the aged, and between people of different cognitive abilities. We are in an unpardonable hurry to create that one-size-fits-all shoes, the same way we guzzled fossil fuels, built factories and concrete jungles, and flew around the world, during the past several decades – all in the name of development, but at the cost of the real meaning of life on earth.

Their constant preoccupation with the phone keeps them blissfully oblivious of the elderly who toil to keep the house in order. They remain insensitive to their parents’ yearnings to have a bit of shared moments of life. Increasingly, this may, perhaps, be the predominant household setting, no matter where you live. The green space Oliver Twist nurtures around his dwelling, and the daily yield of vegetables too is inconspicuous to his sons. Nevertheless, this serves as a covetable background for the younger guy’s YouTube verbosity and social media activism.

The sons think they are beyond the mundane tasks at home and keep themselves busy with more ‘serious stuff’ – the dazzling opportunities their smart devices can offer. No wonder their parents’ ‘silly ways’ are, at the minimum, unwanted irritants. However, they have no problem in being fed and housed with no responsibility of the household chores. Antony, the elder son, is a writer-director with a super hit debut to his credit. He has been contracted to do his next movie with a superstar. Under the constant spell of his smartphone alerts and a pesky girlfriend, he is struggling to focus and write the script.

Oliver is pained to be told by Antony that his father lacks extraordinary achievements in life, in comparison to his prospective father-in-law, who would draw a record of remarkable credentials in a simple Google search.

As an erstwhile successful video cassette rental business owner, stuck in history, Oliver could only let himself to be humiliated. His bosom friend, Satyan, then pitches in reminding Oliver of his untold extraordinary story. Satyan also helps him to catch up with digital ways.

Tired of constant humiliation by Antony, Oliver makes a serious attempt to update his knowledge of smartphone and its amazing possibilities, with the much-cherished hope of improving his relationship with his son. Oliver, obviously, is one of those old generation guys, who would struggle in daily life with the automation all around, for anything from banking to paying utility bills, at an age when it is indeed difficult to remain nimble and sharp. Needless to say, an unintended fumbled swipe of Oliver’s phone lands his son Antony into a problematic situation – a social media accident, which costs him his professional career.

Kuttiyamma, Oliver’s wife, whose rusticity comes out of its shroud, unfortunately, on an auspicious occasion, in front of important guests at home as Antony ridicules his father for blabbering unscientifically.

Bogged down by the drudgery of unappreciated housework and neglect, she couldn’t help screaming out loud, reflective of the disturbances caused by the digital revolution that entered their lives.  The lack of compassion from the young and the world alike in handholding the old generation in the journey ahead begs our deep attention in that moment.

The movie that then veers into a melodramatic path and to a fictitious bump, largely to personify the protagonist, mars the innocence it donned until then. The inlaid shots shown along with some credit lines are not rooted in the great mission the film had started with. The film approves the relevance of social media while still highlighting the sanctity of relationships.  It speaks very little about the boundary conditions that are difficult to maintain in the mutually exclusive space they exist.

‘#Home’, at the end, becomes a light-hearted movie that shows us the goodness of family relations, and its changing shades in the pervasive technology push. The film has its moments of good humour too. Indrans as Oliver has given extremely fine expressions demanded by the character. A psychologist gets involved in the story at a certain point to put in perspective the perils of smartphone addiction, and reminds us of what we are losing on the go. It is a good takeaway from the movie for all of us, if we can ignore those fringes added to enhance the feel-good factor at the end.

(NOTE: All images are sourced from the official trailer of the respective movies and are hereby acknowledged. Pictures help the readers to connect easily with the story hint, and are used with the good intention of promoting the work. Objections, if any, from the owners of the productions, shall be communicated through the contact form, upon which the pictures used will be removed)

THE EVER ELUSIVE EQUALITY